Aiken, SC (04/17/2020) — USC Aiken English Department chair and professor Dr. Andrew Geyer has reached a new height of excitement in his career, and that's saying a lot for someone who began his career jumping out of airplanes as a paratrooper in the Army's 82nd Airborne Division.

Recently, Geyer was inducted into the South Carolina Academy of Authors Literary Hall of Fame. This honor places him in the same category as other prominent South Carolina writers such as Pat Conroy, Nikky Finney, and James Dickey.

He says induction into the South Carolina Literary Hall of Fame serves as the cherry on top of an already remarkable literary career, which notably includes the publication of nine books and numerous fiction awards.

"I am humbled to have been selected for this honor," Geyer said.

"I was already a member of the Texas Institute of Letters, which is sort of the Texas literary hall of fame. Texas is where I grew up. My folks still live on a ranch in southwest Texas. That will always be the home I grew up in, but South Carolina is my grown-up home. It's where I've chosen to be, and I like being here a lot. Many of the things I write are set here, including the book I'm writing now that's set in Aiken."

"Being adopted by the state I adopted is very meaningful to me personally. It means a lot that I've been welcomed in South Carolina literature the same way I was welcomed in Texas. It makes me feel at home here as an artist, resident, and teacher, which is so nice."

This recognition has also been meaningful for Geyer's former and current students, many of whom are fellow writers.

"Dr. Geyer's literary accomplishments and recognition have made USC Aiken's current English students and alumni extremely proud. He was a valuable mentor in my own writing endeavors," said Class of '17 English graduate Sarah Marie Williamson.

"As a creative writer, I appreciate the guidance Geyer provided for me as an undergraduate, and I am glad to see he is being recognized for his achievements."

It is clear that Geyer's former students share the SC Academy of Authors' high opinion of his writing ability.

"The stories and characters he weaves are unique enough to pique interest and grounded enough to relate to the everyday reader. His stories and novels allow readers to build true-to-life connections with his fictional characters and, in the end, help readers and young writers alike gain better understanding of themselves."

Although the South Carolina Academy of Authors induction ceremony that would have involved all 2020 inductees was cancelled due to current physical distancing requirements, community and campus members will still have the opportunity to meet Geyer at the fall Oswald Distinguished Writers Series when he hosts fellow inductee Pam Durban as the annual visiting writer. This event, which will take place Oct. 20 in the USC Aiken Etherredge Center, is free and open to the public. 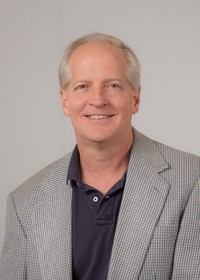 USC Aiken English Department chair and professor Dr. Andrew Geyer was inducted into the South Carolina Academy of Authors Literary Hall of Fame. This honor places him in the same category as other prominent South Carolina writers such as Pat Conroy, Nikky Finney, and James Dickey.