Aiken, SC (06/24/2019) — Subscriptions are now available for the Etherredge Center's 2019-2020 Cultural Series, which promises an engaging lineup of unique performances. The first one features the Four Tops Oct. 22.

Return subscribers have until June 28 to keep the same seats they enjoyed this season.

The dates and performances for the 2010-2020 Cultural Series are:

In addition to these performances, the Cultural Series has added a brand new element, the Carolina Series, to the lineup. This unique series features artists and performances by those from the Carolinas. For two of the three events, tickets are required and can be purchased beginning Aug. 1.

A full description of all performances is provided below.

For more information or to purchase subscriptions or tickets, e-mail: boxoffice@usca.edu or call (803) 641-3305.

Their first Motown hit, "Baby I Need Your Loving" in 1964, made them stars and their sixties track record on the label is indispensable to any retrospective of the decade. Their songs, soulful and bittersweet, were across-the-board successes. "I Can't Help Myself (Sugar Pie, Honey Bunch)," a no. 1 R&B and Pop smash in 1965, is one of Motown's longest-running chart toppers; it was quickly followed by a longtime favorite, "It's The Same Old Song" (no. 2 R&B/no. 5 pop). Their commercial peak was highlighted by a romantic trilogy: the no. 1 "Reach Out I'll Be There," "Standing In The Shadows Of Love" (no. 2 R&B/no. 6 pop) and "Bernadette" (no. 3 R&B/no. 4 pop)-an extraordinary run of instant H-D-H classics. Other Tops hits from the decade included "Ask The Lonely," "Shake Me, Wake Me (When It's Over)," "Something About You," "You Keep Running Away," "7-Rooms Of Gloom" and their covers of "Walk Away Renee" and "If I Were A Carpenter." The group was also extraordinarily popular in the U.K. In 1990, with 24 Top 40 pop hits to their credit, the Four Tops were inducted into the Rock & Roll Hall Of Fame. Since then, they have been touring incessantly, a towering testament to the enduring legacy of the Motown Sound they helped shape and define.

Shoshana Bean has sold out solo concerts around the globe, lent her voice to countless lms and TV shows, amassed millions of YouTube views, and performed with Ariana Grande, David Foster, Postmodern Jukebox, Brian McKnight, and Michael Jackson. Shoshana is a veteran of the Broadway stage having made her debut in the original cast of Hairspray and starring as the very rst replacement for Elphaba in Wicked. She won an IRNE Award for her performance as Fanny Brice in Funny Girl and earned a Jeff Award nomination for her portrayal of CeeCee Bloom in the pre-Broadway musical production of Beaches. Her three independent solo releases have all topped the iTunes R&B and Blues charts in the US and UK, with her fourth and most recent project, SPECTRUM, debuting at #1 on the Billboard Jazz charts.

The centuries old struggle for freedom by Africans in America, culminating in the Civil Rights movement and continuing even today, stands as a shining example of the power and dignity of the human spirit. This story is told by the performance of The Princely Players. The Princely Players have been featured on National Public Radio and the BBC and has been heard on the Smithsonian's "Wade in the Water" series and the "Time-Life Civil War" recordings. The essence of this spirit is embodied in the music that was a part of the experience. Songs of hope and the quest for freedom are found in the struggle to survive the difficult and de-humanizing trauma of slavery. And these songs were the galvanizing force in the struggle against what must have seemed impossible odds. "Amazing Grace", "Steal Away", "Swing Low Sweet Chariot", "Go Down Moses", and "Wade in the Water" are all testaments that still speak powerfully to us today. In the tradition of the early singers of the music of African American life, The Princely Players offer evocative and stunning programs on the enslavement and liberation of African-Americans.

Artrageous is a troupe of 12 artists, singers, dancers and musicians hailing from the high desert of New Mexico. Their high energy performance is a combination of fine art, live music, singing, dancing, humor, and interaction in a frenzy of movement and color with a message of the arts being an integral and valuable part of human existence. Artrageous is a totally unique concept that invites community and a sense of togetherness as the whole show culminates in a one of a kind Live Arts Installation at the end of each concert. Audiences interact with the Gallery, the Performers and even add their own art.

Characterized by pausing, snapping, gliding, bone breaking, hat tricks, animation, and contortion, flex is a form of street dance that has evolved from the Jamaican bruk-up found in dance halls and reggae clubs in Brooklyn. This electrifying phenomenon is showcased at the Armory in a new project that confronts issues of social injustice, with the dancers exploring personal narratives through their own unique movement vocabulary in post-modern dance. Created in the era of unrest following rulings on Michael Brown in Ferguson, Missouri, and Eric Garner in New York City, this powerful new work is staged by visionary director Peter Sellars and flex pioneer Reggie (Regg Roc) Gray in collaboration with a crew of 21 flex dancers from the very neighborhoods where the movement first took shape. Performing both as individuals and in groups to choreography created by the ensemble itself, the dancers utilize their breathtakingly beautiful movement to tell deeply human and sometimes heart-wrenching stories that address these troubling issues of our time.

Whose Line Is It Anyway? meets The Tony Awards. Every song is fresh. Every scene is new. Every night is different. It's all improvised and it's all funny. The New York Times calls Broadway's Next Hit Musical "Hilarious!" Time Out NY says "At last! A musical of, for, and by the people." Broadway's Next Hit Musical is the only unscripted theatrical awards show. Have you heard of the TONY awards? Well, Broadway's Next Hit Musical is…The PHONY Awards! The audience members write down made up song titles and our master improvisers gather these suggestions and present them as "nominated songs" for this coveted award. We create spontaneous scenes and songs filled with great dancing, catchy melodies, and tons of laughter. The audience votes for their favorite song and watches as the cast turns that song into a full blown improvised musical - complete with memorable characters, witty dialogue, and plot twists galore. BNHM has been seen recently throughout the United States and in New York City at The Triad Theater, The Tribeca Film Festival, and at The New York Musical Theater Festival, among many other locations.

This theatrical piece travels the path from addiction to recovery based on verbatim interviews with people who have found freedom from alcoholism and addiction. Their inspiring, sometimes harrowing stories shine a light on a disease that affects 23 million Americans.

"Having studied Bauhaus technique in pottery making, I strive for excellence in craftsmanship with a vision of timeless design, often incorporating natural forms, colors and textures into my work. While functional as a vessel, oftentimes the function of the work is simply to be viewed and experienced as a tactile object that exists for the purpose of being." Michael Jordan

"Lauren Meccia (vocalist & sax player) comes across like a real musician who happens to sing. As a vocalist she has a crystal clear sound that rings like a bell, and can effortlessly go for drawing out a lyric… and yet she can also clip out a series of words like she's jumping through an obstacle course… Her voice resonates like a glass organ." - Jazzweekly.com

For more information or to purchase subscriptions or tickets, e-mail: boxoffice@usca.edu or call (803) 641-3305 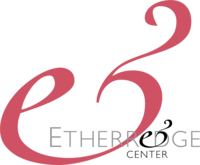 Subscriptions are now available for the Etherredge Center's 2019-2020 Cultural Series, which promises an engaging lineup of unique performances. The first one features the Four Tops Oct. 22. Return subscribers have until June 28 to keep the same seats they enjoyed this season. New subscriptions for the 20219-2020 season will be processed after June 28. Single event tickets for individual performances go on sale Aug. 1. Subscriptions for the upcoming season will be available until Oct. 22.