Aiken, SC (12/13/2017) — The University of South Carolina Aiken has received recognition as a Military Friendly institution - again - from Victory Media.

"Now in its fourth year, the USC Aiken Veteran and Military Student Success Center provides holistic support to these members of our student body," said Robert Murphy, director of the VMSS office.

"We are honored to have earned this distinction."

"I want my fellow service members and their families to know USC Aiken has their back," he said.

The university also provides combat transition training and assistance to facilitate a smooth transition into an academic setting. This holistic support relates directly to higher retention and graduation rates among this student segment, according to Murphy.

"Your commitment to a military veteran recruiting, retention and advancement program creates better outcomes for veterans in the private sector," the Victory Media website stated. "Thank you."

Approximately 11 percent of the USC Aiken student body is made up of veteran and military students, which is higher than the national average. 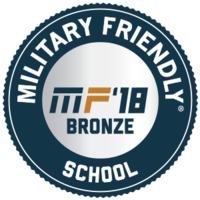 The University of South Carolina Aiken has received recognition as a Military Friendly institution – again – from Victory Media.