Aiken, SC (06/01/2018) — The rivalry between the University of South Carolina Aiken and Augusta University took on a new twist this academic year, and USC Aiken beat the competition.

At the end of the academic year, the university which won the most sporting competitions receive the trophy paddle and bragging rights. This year, USC Aiken led the competitive events and ended the paddle battle 6-4.5.

"I am incredibly proud of our Pacer student-athletes this past year," said Brandon Eberl, the newly elected president of USC Aiken's SGA.

"Their hard work resiliency on the field and the passion that our fans have for Pacer Athletics is evidenced by USCA's inaugural victory in this River Rivalry series."

"I also want to thank President Scott for taking the time to meet today to conduct the transfer, and I look forward to continuing this rivalry series, both during the upcoming 2018-19 athletic season and for years to come," Eberl says.

He plans to display the paddle in a highly trafficked area on campus, where most students will see it. 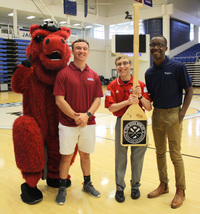 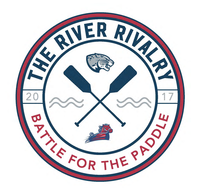