"Sandra has been a trusted partner in higher education on the state and national levels for many years. Her contributions and reputation are impeccable, and all of us in the University of South Carolina system will miss her tremendously. The next UofSC Aiken chancellor will have big shoes to fill," Caslen added.

Sandra Jordan began her work as the fourth Chancellor when UofSC Aiken and other colleges and universities in the nation were facing the after-effects of a severe recession. She identified "job one" as strengthening the university's financial position and addressing employees' salaries that had stagnated during the Great Recession. To accomplish this, she commissioned all-campus taskforces to respond to the repressed state of salaries and the institution's financial challenges, then envisioned a bold next chapter for the university with a new strategic plan. Working with campus constituents, Jordan instituted the university's fair-wage plan, oversaw the successful completion of the university's first capital campaign, and expanded outreach to Alumni. She launched two successive strategic plans, "Forward Together" and "Leading Forward," that guided the institution's work and budget, updated the mission and vision statements, created a new campus master plan, and launched a new institutional logo.

Jordan prioritized creating a more inclusive campus, forming the chancellor's task force on diversity, increasing the role of the Office of Diversity, Inclusion and Belonging; working closely with the Inclusionary Council, increasing under-represented student enrollment; and launching an aggressive international partnership plan. She also took steps to help the institution deliver on the promise of access and opportunity. Under her leadership, the university created new "bridge programs," restructured student payment plans, and kept tuition low. Working with the Aiken County Public School District, Jordan was instrumental in increasing dual enrollment and creating the Aiken Scholars Academy.

During her tenure, the university increased the support provided to all students by adding a professional advising center, creating a Learning Commons that contributed to closing the achievement gap and adding a Student Ombudsperson Office. Since her arrival in 2012, UofSC Aiken's total enrollment accounted for the broadest racial and cultural representation ever in its history.

Working closely with the local Statehouse members, Jordan increased state appropriations by 78.15% and secured funding for several physical plant updates, including the pedestrian bridge over Robert M. Bell Parkway. Under her guidance, the university restructured a recruiting plan that resulted in a 22% increase in enrollment. Meanwhile, she also reinvigorated the fund balance, increasing it by 109%.

Early after arriving in South Carolina, Jordan commissioned a study of workforce needs in the region. Working with community and campus constituents, the university aligned new degree programs with the requirements of regional employers. These new programs included degrees in health care, engineering, an MBA, Applied Gaming, Communications and Media, and Cybersecurity. During her tenure, twenty-four undergraduate and graduate programs were created or redesigned, and the university took their first forward-looking steps into online-learning.

Moreover, in recognition of the university's strong liberal arts and sciences curriculum, Jordan helped the university secure an invitation into the prestigious Council of Public Liberal Arts Colleges (COPLAC), and later into the Southern University Conference.

Aware that the institution needed to step up to fulfill the region's needs in professional and life-long learning, Jordan worked with the provost to redesign its continuing education efforts to provide more certificate programs and workshops. She also created the Pacer Travel Program to provide international travel opportunities for members of the community.

A long-term goal for Jordan was to increase the university's connectivity with the community, and this was achieved through meaningful partnerships with many entities, including the Savannah River Site, Savannah River Nuclear Solutions, the Savannah River National Laboratory, the Department of Energy, Savannah River Remediation, Fort Gordon, Bridgestone, the City of Aiken, the Aiken Regional Medical Center, Aiken County Public School District, Kimberly-Clark, the First Tee of Aiken, and the South Carolina National Guard, among many others.

Beyond the university, Jordan is a recognized higher education leader, serving on- and often chairing-numerous local, regional and national boards and receiving recognition and awards for her leadership and service.

During Jordan's service as Chancellor, UofSC Aiken received over eighty awards or recognitions, including U.S. News and World Report #1 ranking (for public regional universities in the south), numerous veteran-friendly awards, Colleges of Distinction recognitions, and Best College to Work For, among others. Additionally, according to the Congressional Record, UofSC Aiken and Jordan have received praise on the floor of the U.S. Congress for innovation and leadership.

In a letter to the campus community, Jordan wrote, "It has been an extraordinary privilege to serve with you and for you as your chancellor. I will always be grateful for the opportunity I've had to learn from-and help illuminate to others-the dedication and excellence, creativity, and commitment that characterizes this amazing-and award-winning-university!"

With her retirement, Jordan's husband, Michael Jordan, will also relinquish his role as the university's "First Gent," though he will continue his active career as an architect. His profession has included academic work as an Associate Professor at Murray State University, as a designer for architectural firms, and as an architect for international corporations. In his role as First Gent, Mr. Jordan made significant contributions to the university, including providing free design work and consulting for institutional projects.

During Jordan's tenure, UofSC Aiken and the Chancellor received numerous recognitions and awards. For a list of key milestones and achievements go to https://www.usca.edu/chancellor/milestones. 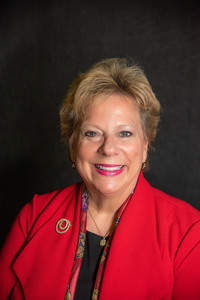