Aiken, SC (02/02/2018) — The University of South Carolina Aiken Horticulture Club took on the challenge posed to all student organizations on campus to raise the most money for the United Way of Aiken County. And, they won!

For their efforts, the group earned a pizza party.

During the USC Aiken United Way campaign, student groups were encouraged to explore clever ways to raise money toward the university's goal. The organization that raised the most earned a pizza party for their membership.

Members of the Horticulture Club donated two large aloe vera plants in terracotta pots for the USC Aiken silent auction to benefit United Way. The plants were a hit with bidders and brought in $40 - more than any other single student organization raised for the campaign.

The Horticulture Club felt it was important for them to participate in this United Way endeavor, and providing the plants - often used for at-home medicinal purposes - was a natural fit.

"USC Aiken greatly benefits from its relationship with the Aiken community and its multitude of leadership groups, thus in an effort to help our university give back, we decided to use our passions for horticulture to assist in this goal," said Allison Swiecki, secretary.

"We believed that by auctioning off the aloe plants we grew we could help show others why horticulture is important while also making an impact in our community."

Overall, the USC Aiken campus community contributed more than $7,300 to the United Way of Aiken County. 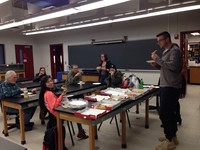 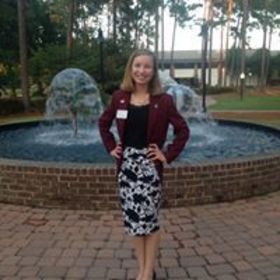